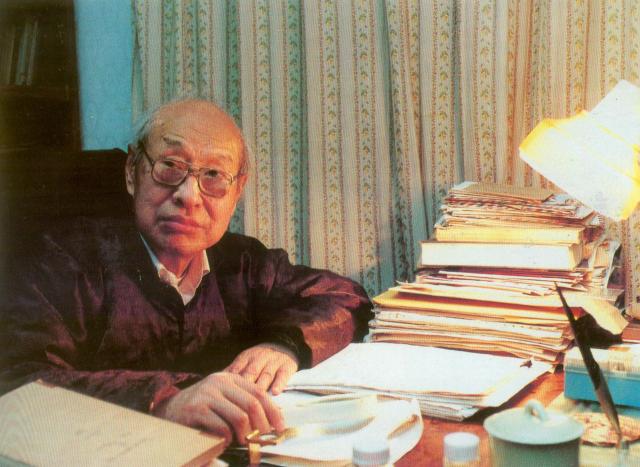 Mr. QIAN graduated from the Department of Industrial Chemistry at Jinling University in the early years. In 1935, he went on to study in Britain for a “Geng Grant”. In 1937, he received a Master's degree in textile chemistry from the Manchester Institute of Technology. After returning to China, he engaged in fiber science research and advanced textile education. He has served as Professor of Chemical Engineering Department of Jinling University, Senior Researcher of Shanghai Institute of Public Weaving Textiles, Associate Dean and Dean of East China Textile Engineering Institute, Professor of China Textile University, Honorary President of the 6th Shanghai. He has served as The CPPCC Standing Committee, the Third and Fifth National People's Congress, the Fourth and Fifth Central Democratic League members.

At the beginning of the twentieth century, Mr. QIAN initiated the research of viscose fiber made from cotton velvet in China. He had solved many problems in the technology of China's first 10,000-ton viscose plastic cord factory. From the 1960s, he set up the chemical fiber and macromolecular specialty at East China Textile Institute, and established the Chemical Fiber Research Institute and experimental factory, making it the earliest teaching and research base for cultivating high-level talents engaged in chemical fiber research and chemical fiber industry.

For a long time, he has made many remarkable achievements in chemical fiber forming process and theory, fiber structure and performance, thermo-mechanical analysis of fibers, macromolecular entanglement, acrylic fiber and acrylic fiber, and frozen fiber spinning high-performance fiber. The company has won numerous national and provincial-level scientific and technological progress awards, and has been awarded the National and Shanghai Advanced Science and Technology Workers many times. He has a rich academic background. He was the editorial board member of the International Polymer Processing Journal, International Polymer Engineering Magazine, Polymer Journal and Polymer Bulletin Editorial Committee, and consultants. He has been invited to make reports at the International Chemical Fiber Conference, the International Polymer Processing Conference, the National Polymer Academic Conference, etc., and has visited foreign famous universities and scientific research institutions to make academic reports. He is a well-respected scholar who is renowned both at home and abroad.

Mr. QIAN was knowledgeable and rigorous in his study, he was tireless in teaching others and he carried on the younger generation. He has pupils all over the world. He trained a group of elites for the country in the chemical fiber industry and industry. He was unselfishly dedicated to his master. He had donated five scholarships for love (love the motherland, love the people, love science, love labor, and love socialism). He is also an ordinary person who loves his career and life. He has been working tirelessly till the age of ninety.The older he got, the deeper he loved.He donated his life savings to the school's research and Teaching Award Fund.